November 15, 2017 by Sandler in Self Development 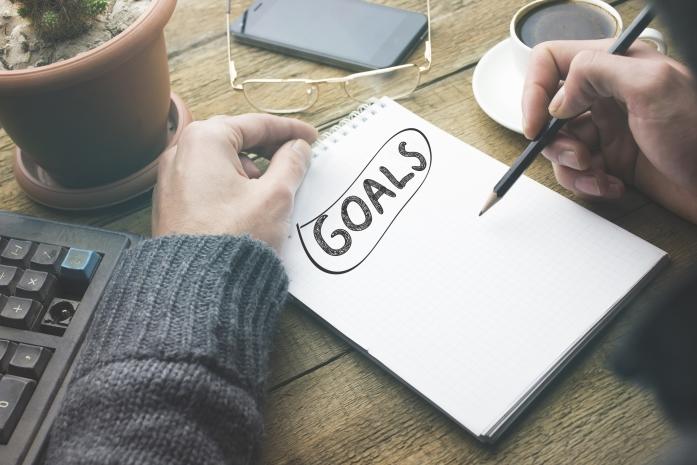 With the year winding down, perhaps it’s a good time to take stock of what you have accomplished so far this year, file away the lessons of your successes and failures, and begin thinking about what you’d like to accomplish in the coming year.

If you’ve participated in goal-setting exercises, you’re likely familiar with the acronym SMART. It stands for the characteristics of the elements around which to structure your goals—Specific, Measureable, Attainable, Relevant, and Time-bound (or some variation thereof). If, for example, you set a goal to lose weight as part of a bigger plan to become more physically fit and live a healthier lifestyle, you should specify how much weight and over what period of time you plan to lose it. And, the amount you choose should be realistic (i.e., attainable without creating health risks).

The idea behind SMART goals is that they give you something concrete and realistic to work towards. Our brains tend to like that sort of thing. You set a bunch of reasonable goals, develop plans to accomplish them, execute the plans, and the results—the successful achievement of the goals—are predictable.

A SMART framework makes sense for goals that are method-friendly and can be broken down into definable steps to be accomplished over time. An example of a SMART goal is closing a certain number of sales of a certain size by the end of the calendar quarter. There is a sequence of steps that lead to a closed sale: contacting prospects, scheduling appointments, making presentations, etc. Previous experience serves as a guide for how much time each activity will require and how often each activity must be performed in order to accomplish the ultimate goal. Armed with that information, you can create a map of appropriate activity that will lead to the accomplishment of the goal in the required time frame.

On the surface, setting SMART goals appears to be the smart thing to do. By setting realistic goals that are doable, we avoid setting ourselves up for failure and, in theory, create a framework for goal accomplishment that is inherently motivating—the accomplishment of each step energizing us to take the next step.

But, SMART goals also have a potential drawback.

Because if you did, the goals wouldn’t pass the “Attainable” test. Most of us have a voice in our head that will ask, “What makes you think you can do that?” and then remind us that we’ve never produced at that level before. It’s that little voice that prevents us from wandering too far outside our comfort zones and causes us to only set goals that are relatively safe—achievable without too much stretching.

Exceptional achievements, however, are most often the result of DUMB goals. Goals that are Dream-inspired, Unrealistic, Motivating, and Bold.

In May, 1961, President John F. Kennedy addressed a joint session of Congress and proposed a really DUMB goal— “This nation should commit itself to achieving the goal, before the decade is out, of landing a man on the moon and returning him safely to the Earth."

If President Kennedy had put that goal through the SMART filter, it would have been scratched from the speech. Was the goal specific and measureable? Yes. Was it relevant to the “space race” in which the U.S. was competing with the Soviet Union?  Yes. Was it time-bound? Again, yes. But, was it attainable? At the time, the answer was a resounding “no.” The required technology didn’t exist. The spacecraft didn’t exist. The guidance systems that would be required didn’t exist. The life-support systems didn’t exist. The lunar module that would eventually bring Neil Armstrong and Buzz Aldrin to the surface of the moon on July 20, 1969 not only didn’t exist, but it hadn’t even been conceived. All of those things, and many, many more had to be produced for the first time through the use of imagination, ingenious thinking, and experimentation—activities not associated with SMART goals.

Here are a few more DUMB goals you might recognize:

SMART goals tend to be process oriented and lead to predictable outcomes.

DUMB goals tend to be possibility oriented and lead to transformational outcomes.

As you think about the coming year and what you would like to accomplish, develop your SMART goals—they’ll give you a track to run on. But, don’t be afraid to include a DUMB goal or two. Who knows what you might achieve?

Check out this blog post to learn more about SMART goal-setting!

Sandler is a global training organization with over three decades of experience and proven results. Sandler provides sales and management training and consulting services for small- to medium-sized businesses as well as corporate training for Fortune 1000 companies. Our proven methodologies and specialized tools equip our trainees with the skills necessary to improve both their business and bottom line.
Share this article:

The Strength of Humility

The Soul of Sales Success